I am going to be starting a daily article called “Player Evaluator” where i will be evaluating a player and predict what they will do and more for next year. The player that I will begin this section with is Jeff Francoeur also known as Frenchie and yes just incase you are wondering that is a picture of me with my Jeff Francoeur jersey ( yes I do own one). In my opinion I can 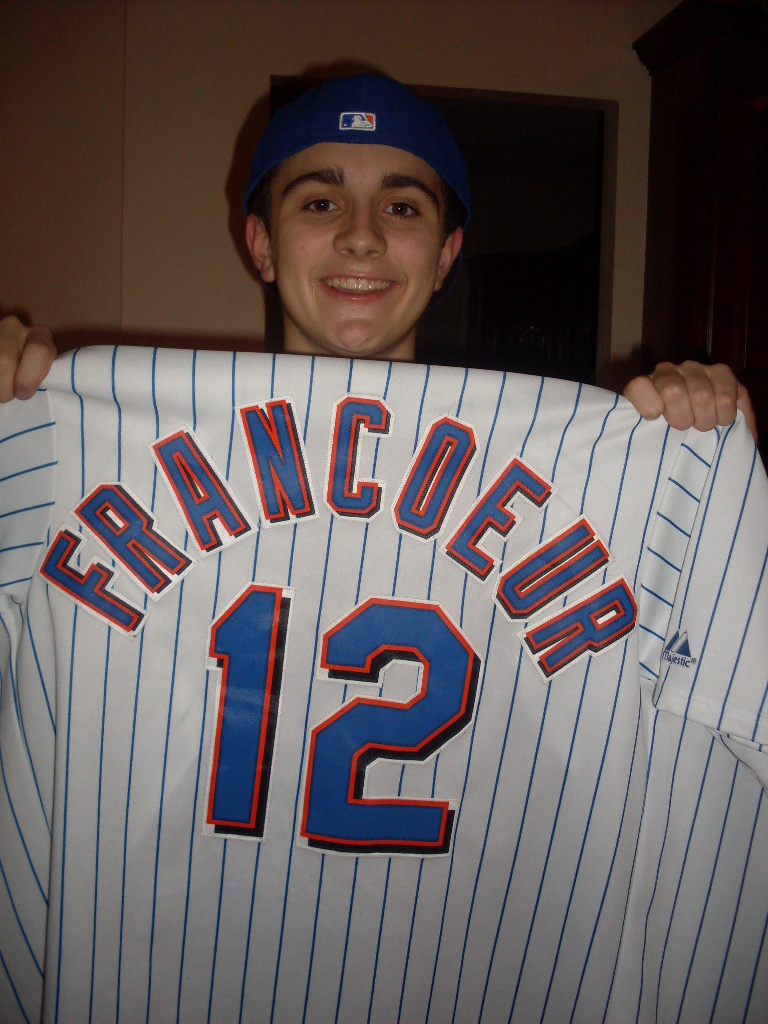 see Jeff Francoeur having a huge year next year in his first season as a New York Met. For some reason I have a feeling that he will be a Met for a long time along with Jason Bay and Carlos Beltran. I get the feeling that the organization likes Jeff Francoeur and the grittiness he brings to this team. Whenever I watch him play he is smiling he has quickly developed into one of my and from what I understand, most Mets fans favorite players. He had some pretty great numbers with the Mets for only about 70 games. During his 72 games of patroling Right Field for the Mets he hit .311, 10 HRs with 41 RBIS which translates to about 23 HRs and 92 RBIs if he can keep up the production he had on the Mets he will be a very great addition to our favorite ballteam.

Also from what I saw he was a great addition to the Clubhouse. He was a guy that the reporters went to besides David Wright and somebody David Wright seemed friendly with which hasn’t happened since 2006 with Cliff Floyd and Paul LoDuca. I think Jeff Francoeur is a great influence on David Wright and the rest of the ballteam with his infectious gritty personality.